UPDATE April 14th 2016 - We have a new website promoting Liverpool! 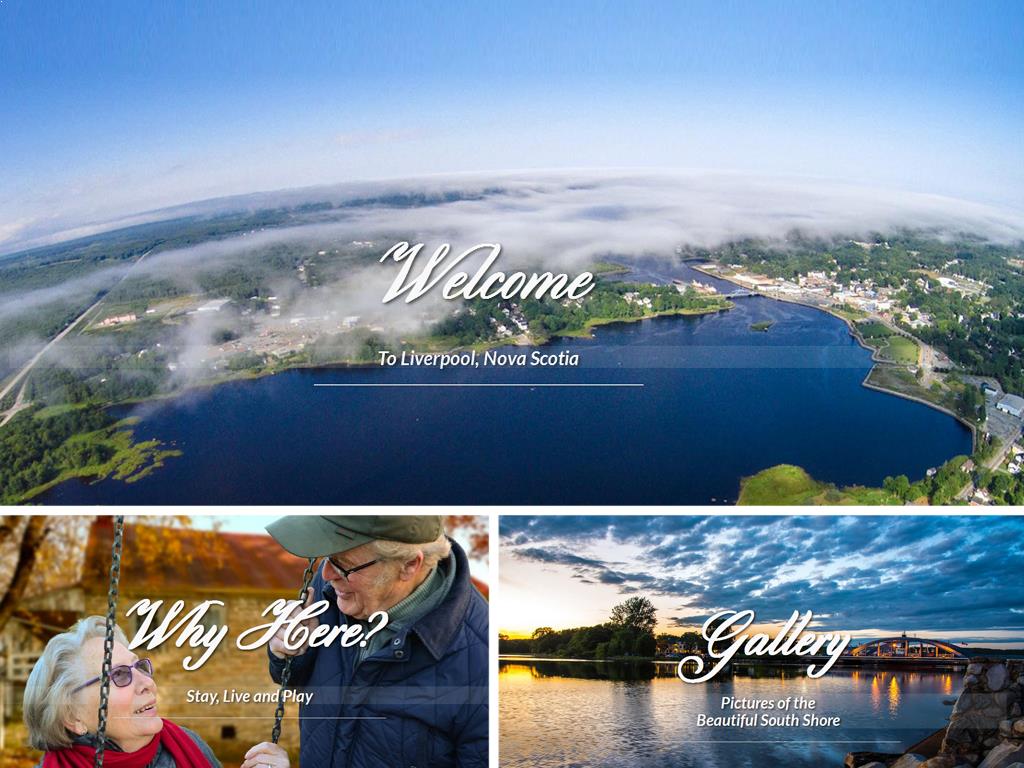 Liverpool's Murals of the Mi'kmaq Settlers 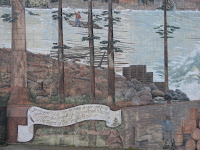 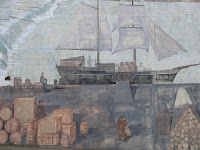 Murals are important in that they bring art into the public sphere. Liverpool's murals, depicting historical scenes from Queens County’s past were painted over a span of several summers, starting in 1993.
Matt Cupido, a Dutch painter living in Canning, is the painter of Liverpool's two striking murals which are located on the waterfront facing the picturesque Mersey River. The first heritage mural depicts the "Protectors of Liverpool" circa 1780 a tribute to early settlers of the area. The second mural, the "History of the Mersey River" is one of the largest murals in Atlantic Canada, covering a space of nearly 6,500 square feet. These larger than life pictorials tell the story of the Mi'Kmaq settlements and the rich history of Queens county forefathers.

Mi'kmaq is the plural from of Mi'kmaw, meaning "our kin-friends" or "my friends." 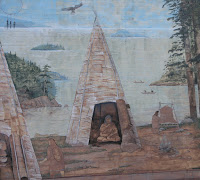 Looking for an inexpensive, seaside, place to retire OR semi-retire?

Liverpool, Nova Scotia is probably for you.

Liverpool is situated on Nova Scotia's south shore where the Atlantic Ocean laps its shores and is well worth a look. This part of the Region of Queens Municipality provides great beauty; miles of beaches awaits your arrival, four seasons (with the mildest of Maritime winters) amid recreational amenities for everyone. Liverpool is a mere hour and a half from Halifax and can be reached by traveling the main highway #103, or for a much more leisurely drive along the coastline on the #3 Highway, best known as the Lighthouse Route. It's Regional Hospital has numerous doctors on staff, several dentists are in the town and and there is an optomotrist's office as well. Some consider Liverpool to be the undiscovered gem of the South Shore and is noted to be one of Canada's best kept secrets.

Liverpool is in the heart of the Region of Queens which is made up of 49 unique communities within the municipality which incorporates approximately 220 km of coastline and hundreds of walking trails and a variety of winter sports activities inland.

The town of Liverpool offers a variety of historical landmarks and old-world, European architecture, as well as a New England kind of charm. Located in the centre of town is the Astor Theatre which is the oldest performing arts venue in Nova Scotia. Built in 1902 as part of the historic Town Hall, the theatre was known as the Liverpool Opera House. The Astor Theatre played host to Symphony Nova Scotia, the Royal Shakespeare Company and recently to Ben Heppner. It's high rounded ceilings and plaster walls make the Astor a wonderful place to enjoy concerts and plays.

Beaches, charming lighthouses and fishing villages that dot the gentle coastline are where local residents enjoy canoeing, kayaking and fishing in the many coves and inlets throughout the region. The weather in Liverpool is certainly for everyone; here the winter weather is not as extreme as in the surrounding province of Nova Scotia and is much milder than anywhere in central Canada. Spring comes early and is quite sunny but can be rainy; bringing the flowers to bloom by early April. Fall is lengthy and beautiful with warm days and cool nights. Winters are cooler and wet, with rain and some snow. Flowers burst with colour all summer season, waving in the breeze all along the edges of the endless beaches where the only footprints are one's own.

Look no further, as Liverpool is most certainly the best place to retire or to semi retire. Rent, lease or buy one of the lovely Victorian shops on Main Street to start your new business.